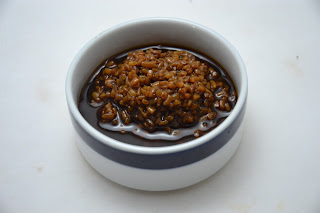 Shoyu-koji （しょうゆ 醤油  shoyu, meaning soy sauce）is a seasoning made with 'soy-sauce' and 'koji, rice malt' which has become very popular in the last few years in Japan and in other countries.
Adding koji to shoyu and letting it ferment will bring out the  natural sweetness and deep flavor with lots of 'umami'.

Shoyu-koji doesn't have the sharp saltiness like regular shoyu
and is very handy as a seasoning or as a condiment.


Meat and fish can be marinated with shoyu-koji and koji not just adds flavor, it makes meat tender.

Add to your dressings, sauces, or cook your rice with a couple of tablespoons full of shoyu-koji makes tasty Japanese style pilaf. 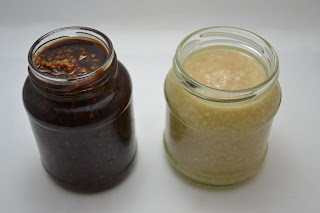 
This is a type of koji, called dry-koji. There are fresh whole koji which is more moist and comes in clumps.


Fill the jar half way with dry koji granules.
Add shoyu about 1 inch more than koji. Koji should be immersed in shoyu as koji absorbs shoyu.

Lightly cover with plastic wrap or aluminium foil. At this point do not tighten the cover as fermentation is in process and during this process it creates carbon dioxide (CO2) gas and it needs to be released.

Keep the jar at room temperature.

Mix well from the bottom of the jar about once or twice a day.

If koji is exposed add more shoyu.
Koji should be immersed in shoyu at all times.

In a week or so the koji granules become soft.

You can start using it when it is soft.

Shoyu koji is a good choice instead of flavored shoyu.
It has lots of 'umami' and mildly sweet.

Use it as it is or as seasoning.

Shoyu koji recipes will be coming up soon!! 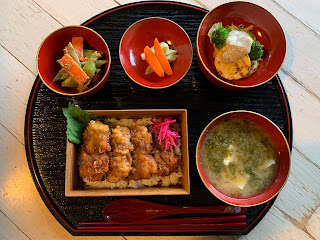 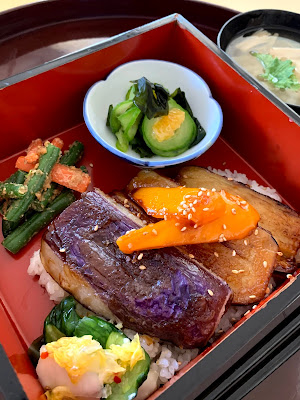