This rolled sushi is usually made with simmered 'kanpyo' a kind of dried squash.  I have tried to re-create this using zucchini instead.

'Kanpyo' comes as a dry food ingredient and can be found in most of the markets in Japan. 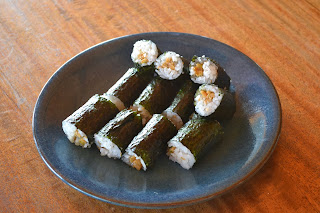 Food preservation culture ; pickling, fermentation, canning, and dehydration has been in Japan for thousands of years.

Especially, where I grew up in the northeastern part of Japan in the snow country we could not grow green leafy vegetables until the early spring.

When I found a super huge over-grown zucchini hiding behind the prickly leaves, I thought of drying them like how my mother used to do.
As a child, I have watched my mother and the temple workers splitting the huge squash and drying them out on the roof. 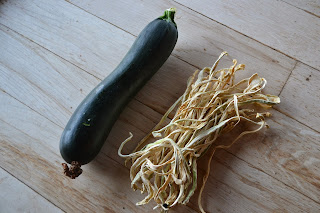 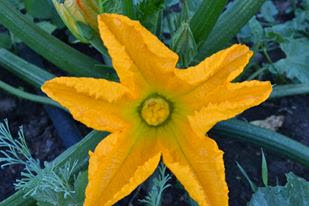 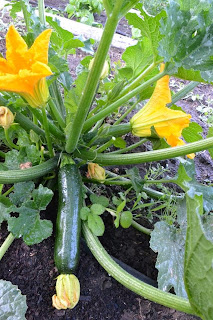 Our little guest found a huge zucchini that was hidden. 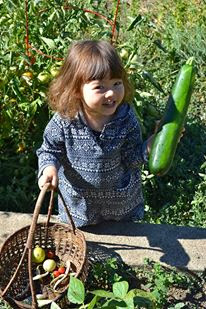 Over grown zucchini are perfect for drying!
They were peeled, stripped and laid flat on our porch table. 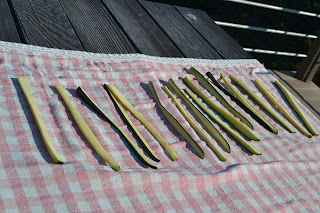 Thanks to the Californian sun. Zucchini dried very, very well.
This is after about three days of drying. 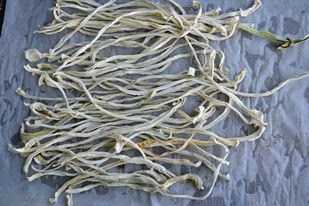 Depending on what I want to use them for, I have cut them in different thickness and shapes. 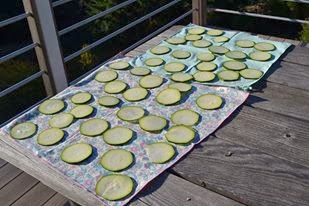 Round slices are rolled and fried. 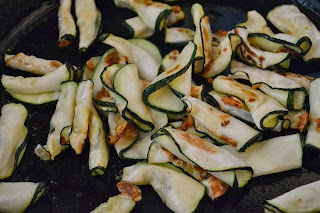 zucchini cut like matches are good for light stir-frying 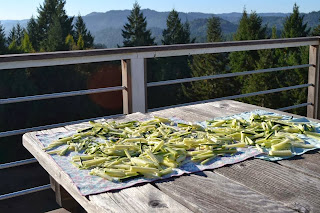 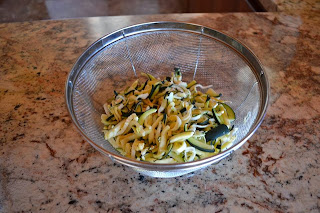 minced zucchini were used in the 'gyoza', Japanese dumplings. 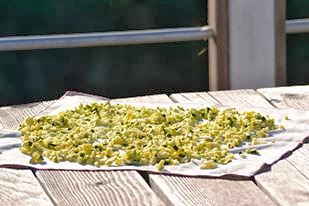 Thanks to Californian sun and the fresh air. 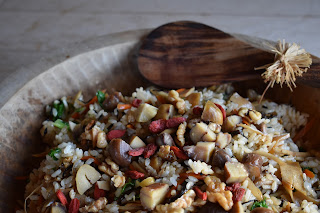 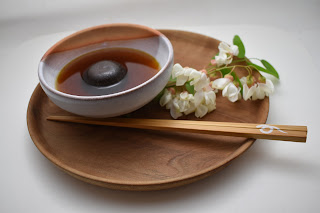 Kaeshi, the simple soup base for noodles